Home » What are Ponzi schemes and how to avoid them?

What are Ponzi schemes and how to avoid them? 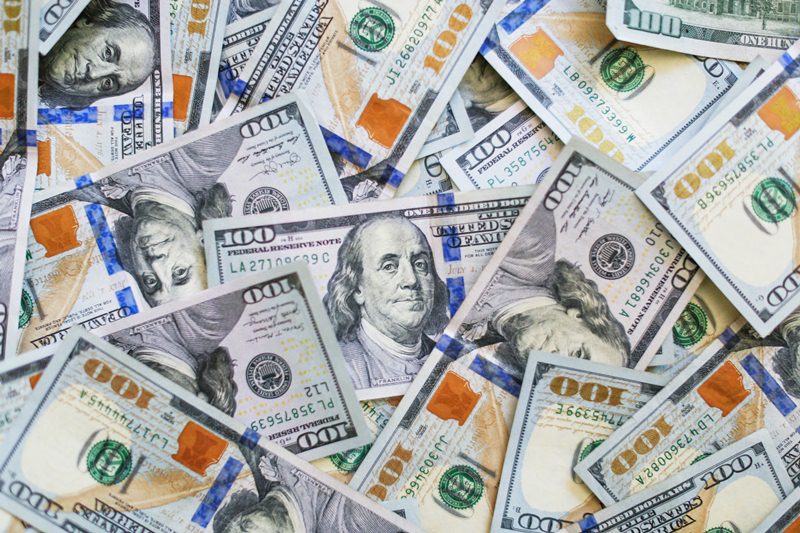 People around the world are lured by promises of quick money. It always pays to be careful in the schemes where we invest. We will discuss a fraudulent business scheme run by Charles Ponzi and such schemes are called Ponzi schemes. A Ponzi scheme is a type of fraud that induces investors and pays profits to earlier investors from the recently joined investors. People believe that the profits are coming from business activity and are not aware of the source of funds.

Charles Ponzi was born in 1882 in Italy and was accepted at the University of Rome La Sapienza. He used to follow his richer friends to bars, cafes, and opera which resulted in his spending all his money, and in four years he was broke without a degree. During those days many Italian boys used to migrate to the U.S. and often return as rich people. The worried parents encouraged Charles to go to the U.S and earn money.

Charles Ponzi arrived in the U.S. in 1903 with only $2.5, having gambled the remaining money onboard the ship S.S. Vancouver. He learned English, did odd jobs, and finally landed a job as a dishwasher in a restaurant. Ponzi worked there for some time but was soon fired for theft and short charging customers.

For a few years Ponzi failed to find any success and in 1907 moved to Montreal, Canada, and got a job as an assistant teller in the newly opened Banco Zarossi. It was at the bank that Ponzi first saw the scheme where the bank was paying 6% interest, double the rate of the other banks, and was acquiring customers very fast. Ponzi rose to the position of a bank manager and found out that the bank was in trouble due to the real estate loans. Zarossi was making the interest payments not from any profits, but from the newly opened accounts. The bank failed and Zarossi fled to Mexico with large amounts of the bank money.

In 1911, Ponzi decided to return to the USA but was caught trying to smuggle Italian illegal immigrants across the border. He was caught and had to spend two years in Atlanta prison. Upon release, Charles Ponzi returned to Boston. He was looking for work and met Rose Maria whom he married in 1918. For the next few years, Ponzi worked at a number of businesses including his father-in-law’s grocery and import-export business. He took over their fruit company but that failed in a short time.

In 1919 Ponzi set up a small office and tried to sell business ideas to his contracts in Europe. Here he came to know about the International reply coupon (IRC) which was a weakness in the system where money could be made. Postal reply coupons allowed a person in one country to pay for the postage of a reply to a person in another country. IRCs were priced at the cost of postage in the country of purchase and could be exchanged for stamps in the country where redeemed and if the values were different there was a profit. IRCs could be bought cheaply in Italy and exchanged for U.S. stamps of higher value, which could be then sold at huge profits. There was a good arbitrage opportunity.

Ponzi set up a stock company to raise money from the public and also took money from many friends promising to double their money in 3 months. The banks then were paying only 5% interest per annum. Ponzi explained that he was getting huge returns from the postal reply coupons. In the first month, 18 people invested in his company with a total amount of $1800 and he paid them the next month with money received from the newer investors.

Ponzi set up a bigger office and soon the word spread about the impressive interest rates he was offering. Ponzi hired agents and paid them generous commissions. By June 1920 people had invested $2.5 million in his schemes; by July he was getting a million dollars a week and by end of July a million dollars a day. Ponzi and his friends bought a controlling stake in Hanover Trust of Boston after depositing $3 million.

Seeing the good returns people were now investing their life-saving in his schemes, even mortgaging their homes to invest. Ponzi meanwhile set up new branches in other cities. He was paying initial investors after getting money from subsequent investors and had not yet figured out how to exchange IRCs to cash. By now he had bought a mansion in Massachusetts and maintained accounts in several banks.

The rapid rise of Ponzi drew suspicion and when a Boston financial writer pointed out that there was no way he could generate such outsized returns, he was sued for a libel with $5 lakh in damages. Some people were slowly asking how he could become rich so soon and there was a run on his company when some investors decided to withdraw money. Ponzi promptly paid them and the run stopped.

In July 1920 The Boston Post published a favorable article on him and the next day there were thousands of people from Boston outside his office to hand him their money. But the Post publisher assigned investigating reporters to look into his schemes. The Post now began to ask serious questions about Ponzi’s operations. A financial journalist hired by The Post noted that the investments made with his company should have 160 million postal reply coupons while there were only about 27,000 in circulation. The profit margin on selling the IRCs was huge but the overheads required in handling the purchase and redemption of these items which were sold individually would exceed the profits.

The Post article created panic and Ponzi paid $2 million in three days to the large crowd outside his office. Ponzi convinced many in the crowd that there was nothing to be worried about and many changed their minds and left without taking back their money. Now Ponzi hired a publicist, who grew suspicious of him, and after seeing some incriminating documents that suggested that Ponzi was robbing Peter to pay Paul sold the story to The Post for $5000. The publicist claimed that Ponzi was actually $2 million in debt and with the interest factored in, he was $4.5 million in red.

When the story was published it caused a big run and the Massachusetts bank commissioner was worried that with the huge withdrawals the Boston banking system would be brought to its knees. He asked two bank examiners to keep an eye on Ponzi’s accounts who soon reported that Ponzi’s account was overdrawn. The bank commissioner seized Hanover Trust due to numerous irregularities and foiled Ponzi’s plans to borrow funds from the bank’s vaults.

There were numerous reports that Ponzi would be arrested soon and he himself surrendered to the Federal authorities. Ponzi was charged with mail fraud and the news brought down five banks in addition to the Hanover trust. In two indictments Ponzi was charged with mail fraud and sentenced to five years in federal prison. He was released after three and half years but Massachusetts charged him with larceny and Ponzi was found guilty and sentenced to an additional term in prison as a notorious thief.

Lessons that can be learned from Ponzi schemes-

1) Avoid investments based on trusts or referrals-

Ponzi’s initial investors were working-class immigrants like him. People wanted to believe him and he was an affinity fraud targeting the immigrants.

Due diligence should be performed competently and if you don’t have the tools refuse to invest in investments that you don’t understand. Don’t ever assume due diligence due to the reputation of a person.

2) Avoid investments that are not transparent-

People should know where their money is being invested. It was more of trusting Ponzi. If the returns are not near to the market rate of returns then it could be a fraud. The banks of the time were paying 5% interest per annum and here Ponzi was doubling the money in 3 months.

You must know about the people running the organization, their ethical standards, and their reputation. Try to learn if they are clean or have any personal vices. Charles Ponzi had committed many small frauds before running this scheme.

People should avoid investment strategies that are complex to understand.

Every investment carries a certain amount of risk. The investments that offer higher returns carry more risks. If someone offers high returns with few risks it is too good to be true. There is a possibility that you may lose your money.

If you suspect you are in a Ponzi scheme immediately withdraw your investment and never tell the scammer why you are withdrawing money. Mention that it is for personal reasons. All over the world, there have been many Ponzi schemes and the tricksters were able to succeed due to the gullibility of the investors. Most of the time people are enticed by quick returns but they should understand the risks involved. It is their duty to protect their capital by doing proper due diligence.