Home » What are the parts of a cheque and how to write one?

What are the parts of a cheque and how to write one? 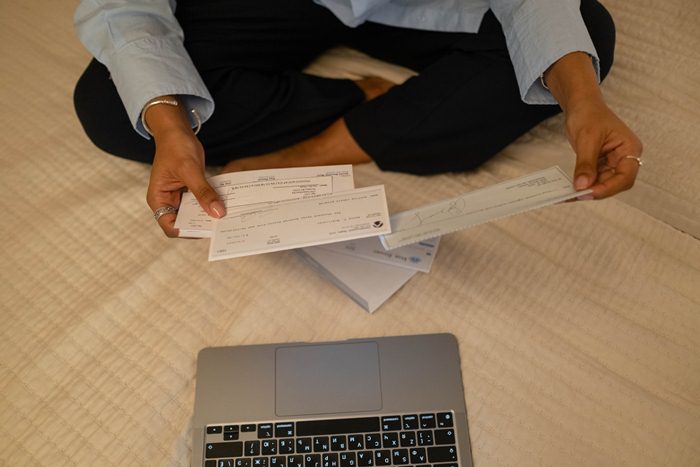 The cheque helps people to access the funds in their account and orders a bank to pay a specific amount of money from a person’s or a company’s account to the person in whose name the cheque has been written. The person writing the cheque is known as a drawer and orders the bank known as the drawee to pay the person or company the stated amount of money. There are a few details that have to be written on the cheque and then it is signed. It can be used to transfer or withdraw money.

Cheques have been used for a long time and in India, during the age of the Mauryan Empire( 321 to 185 BC) an instrument called adesha was used which was an order to the banker to pay money to a third person. The ancient Romans too have been supposed to use an early form of a cheque in the 1st century BC.

In the 17th century, bills of exchange were used in England and cheques are a type of bill of exchange that began to evolve over time. Initially, these cheques were called drawn notes as they enabled customers to withdraw funds and were handwritten.

1) Bank’s Information- In the upper left corner, you will find the name, logo, and address of the bank where you have an account.

2) You can cross the cheque to the left space of the bank’s name and write account payee only and it is a directive to the bank to pay in the account of payee only.

3) On top there is a long line preceded by the word ‘Pay’ where you have to write the recipient’s name which can be a person or even an organization. Write the name of the person correctly and it is advisable to draw a line after writing the payee’s name so that no changes can be made.

4) On the upper right-hand corner you will find boxes where you can write the date when you want the money to be debited or transferred. Here you have to fill in the date, month, and year.

5) On the extreme right of the word ‘Pay’ there is a ‘or Bearer’ option and you should always cross this option so that if by chance the cheque gets stolen it can’t be encashed.

6) There are two places on the cheque where you can write the payment amount.

The first place is the long line below the recipient’s name where you can write the amount in words.

The second place is a box to its right where you can write the amount in numerical and draw a line so that no one is able to make any change.

7) On the bottom right side there is a place where your name might be in print or there would be a blank line where you have to sign. The signature indicates that you have permitted the funds to be withdrawn from your account.

8) Below the space where you write the amount in words that you wish to be withdrawn, there is a space where the account number is mentioned.

9) On the extreme left bottom the cheque has a serial number. This is called the cheque number and is a 6-digit number uniquely assigned to each cheque leaf.

10) The MICR code is at the bottom of the cheque leaf next to the cheque number. It is a code printed on the cheques using MICR (Magnetic Ink Character Recognition technology) and is a 9-digit code.

11) The third numeral block at the bottom of your cheque represents your account number maintained by the Reserve Bank of India (RBI). It helps in cheque processing when it goes to the RBI.

12) The last two digits at the bottom of the cheque are the transaction code and help in finding if the cheque is a savings or a current account cheque.

13) On the top left next to the bank’s name and address is the IFSC code. It is an 11-digit alphanumeric code used by electronic payment system applications such as RTGS, NEFT, and CFMS and is mandatory for funds transferred from one bank to another.

We have discussed the parts of a cheque. The correct way to write a cheque is-

1) Do not leave spaces between words and numbers-

You must never leave any space when you write the name of the receiver and the amount of money on the cheque. This will prevent anyone else from adding an alphabet or number to the cheque.

This will make a difference as no one can add any digit after a figure.

As an example, if you write one lakh without the word only it can be added to write one lakh and one thousand. Similarly, the figure can be manipulated if you do not put a slash.

4) Always remember to fill in the correct date. A cheque without a date is not accepted by the bank and anyone who possesses the cheque can fill any date and withdraw money according to his will.

5) Ensure that you have sufficient money in your account before handing over a cheque because if it bounces it is a criminal offense.

6) Be careful while writing a cheque and avoid overwriting. A bank can cancel a scribbled cheque.

7) Write the full name of the person to whom you want to give money and never write nicknames.

9) You should always keep a record of the cheque number, the date when issued, and the name of the payee. This will help you in the future if you wish to find out when you transferred the money and will also help in record keeping.

10) Never sign a blank cheque and keep it as anyone who finds the cheque can fill the amount and encash it.

11) Mention your mobile number and account number on the back of the cheque while depositing it.

13) Do not fold the cheque and ensure that it does not get dirty.

14) Make it a habit to shred old canceled cheques as they are not like other paper waste. They have so much information and when combined with information online they can be used by criminals and you could be an easy target for fraud or identity theft.

A cheque can get dishonored by the bank when it is not filled properly; there are insufficient funds in the account, the cheque is outdated i.e. the date mentioned on it is more than three months old, it is overwritten and the issuer’s signature does not match with the one when the account was opened.

It is good to know the various parts of the cheque and take all the necessary steps to fill it correctly. The precautions mentioned above should be taken which will save you from lots of problems and troubles. The banking experience should always be a happy one as it concerns your finances.