Home » What is an Affordable housing scheme?

What is an Affordable housing scheme? 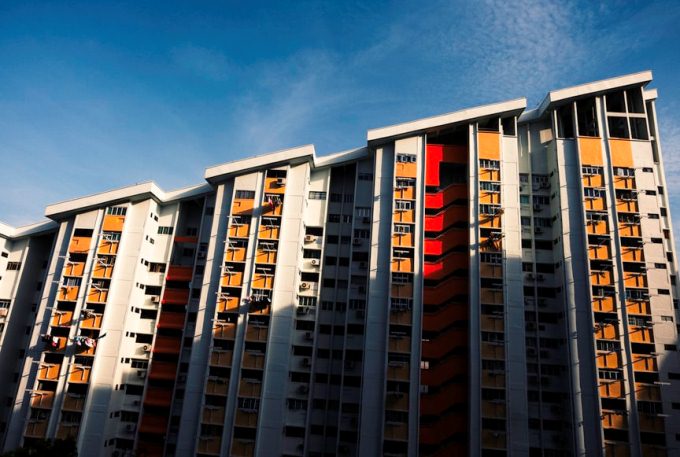 Affordable housing is a scheme in which people with low income are offered homes at a cheaper price by the government. These people don’t have the high purchasing power to afford costly homes so the government tries to provide shelter to them in the form of affordable housing schemes by tying up with developers and forming public-private partnerships.

There are various affordable housing schemes in India that try to provide houses at affordable rates.

The Pradhan Mantri Awas Yojna was launched on 25th June 2015. It tries to address the Urban housing shortage among the EWS (Economically weaker section), LIG (Lower Income Group), and MIG (Mid Income Group) categories. The basic facilities like water supply, toilet, electricity, and kitchen are a must for houses under this scheme. Women empowerment is taken care of by providing houses in the name of female members or in joint name. Preference is given to the weaker section of the society, senior citizens, differently-abled persons, SCs, STs, OBCs, and single women thereby providing a sense of security in them.

To apply for the PMAY scheme Aadhar card is mandatory. The person who is applying should not have taken financial assistance from State or Central government under any other housing scheme.

The PMAY-Gramin aims to provide pucca houses to people in rural areas with basic facilities and who are presently living in dilapidated houses. The minimum unit size is 25 sq. including a dedicated area for cooking. The unit assistance is Rs. 1.2 lakh in plains and Rs. 1.3 lakhs in hilly areas.

There is a provision for the assistance of Rs. 12,000 for toilets in convergence with the Swacch Bharat Mission-Gramin. The identification of beneficiaries is done under SECC-2011 data, verified by the Gram Sabhas. There is coordination with other government schemes to provide basic amenities like drinking water, electricity, clean and efficient cooking fuel, and treatment of social and liquid waste. The payment is made to the persons electronically to their bank/post office accounts.

The Kerala State Housing Board came into existence on 5th March 1971 and is responsible for the execution of housing schemes in the state with the objective to mitigate housing shortage and provide affordable housing to all sections of the society; especially to the economically weaker sections.

It has the following schemes-

The Grihasree Housing Scheme is being implemented by KSHB and provides a subsidy of Rs 2 lakh per house with an area for construction of 66 sq. m house going up to a maximum area of 83 sq. m. This is done with the help of Voluntary agencies and NGOs on 2 cents/3 cents of land owned by EWS and LIG categories. On a construction cost of Rs 4 lakh/house the government subsidy is Rs 2 lakh and Rs 1 lakh is the sponsor’s contribution.

The Saphalyam housing scheme provides houses to the landless, the economically weaker section below the poverty line, by providing a subsidy of Rs 2 lakh per flat. Other than this there is a HUDCO loan component of Rs 1 lakh per flat and Rs. 25,000 is the contribution by voluntary organizations.

Innovative Housing Scheme provides housing facilities to urban poor workers below the poverty line who are forced to stay away from their workplace. The government constructs flat in 4-6 story buildings on government land for the economically weaker section.

The eligibility criteria are-

You can fill the application form and pay the registration fee. The units are allotted depending on the income of the person and the selection is done through a lottery system.

The Delhi Development Authority (DDA) started the housing activities in 1967 and has provided more than a million houses in Delhi that are housing half the population of the capital city of the country. It constructs houses according to the purchasing capacity of different segments of society. The schemes are announced through advertisements in newspapers. Half of the allotments are to the weaker sections of society and the lower-income group. The flats have essential services like water, electricity, sewage disposal, and other basic facilities.

It provides houses to the people under the Pradhan Mantri Awas Yojna credit-linked subsidy scheme and the flats are at a discounted rate. The allotment is through a computer draw and the aim is to provide housing to the EWS, LIG, MIG I, and the MIG II groups.

The individual should be a citizen of India above 18 years of age and can submit only one application either in his/her name or as a joint applicant. Applicants applying for EWS flats should not have an income of more than Rs. 3 lakhs per annum and the household income should not exceed Rs. 10 lakhs per annum. The person can log into the Delhi Development authority portal, fill the application and pay the registration fee depending on the category they belong to. If the flat is allotted remaining documents can be submitted.

The West Bengal Housing Board was established in 1972 by the government of West Bengal and has been able to construct 35,000 units of homes for people across the state. It develops houses and flats in the state and these affordable houses are distributed through a lottery system. Houses constructed by the board fall under EWS (Economically Weaker Sections), LIG (Lower Income Groups), MIG (Middle Income Groups), and HIG (Higher Income Groups) categories. The houses are sold by giving advertisements in newspapers and the income for allotment of various groups EWS, LIG, MIG, HIG are decided at the time of invitation of application.

A person can apply for the scheme at the official website of the West Bengal Housing Board, fill the form, and submit it along with the ID, income, and address proof.

It was formed as a small organization in 1947 to cater to the housing needs of the Madras city but was developed into an advanced organization to look into the housing needs of the entire state of Tamil Nadu in 1961. The TNHB ensures quality housing with the use of the latest technology for the construction of houses for people under EWS, LIG, MIG, and HIG. After the construction of flats reaches the final stages advertisements are put in newspapers inviting applications for flats and houses.

The applicant should be a minimum of 21 years of age at the time of allotment and if married he or his spouse should not hold a flat in TNHB previously. The income eligibility for different categories is:-

There is an increase in revenue for local governments from sales and other taxes as well revenue from the tolls.

People living in affordable housing are able to spend more on healthcare and nutrition as the money is freed due to less amount being spent on the house. This can free resources from being spent on essential items. The benefits become visible in the whole area and the entire community.

Affordable housing requires many professionals and jobs are created in the area of construction, architecture, engineering, property management, maintenance, and retail.

There is a diversity of people from various cultural, socio-economic, and professional backgrounds living in affordable houses. Increased interaction between people of different communities increases tolerance and cultural sensitivity. There is an increased sense of security and a lowering of the crime rate.

Due to more job opportunities and better facilities, the rural population is shifting to urban areas. These people migrate to the city and stay in slums in the most unhygienic conditions. The demand for affordable housing is expected to grow by 3 times by 2030 and priority towards affordable housing schemes will improve the living standards and also give a boost to the economy.